While some celebrate the holidays, others mourn. Americans are already suffering from an epidemic of addiction, and the holidays bring a spike in overdoses and related deaths. How can local congregations help?

In this free webinar, you'll hear from multiple church leaders who are in recovery from addiction, and you'll learn about:

This webinar is free and perfect for church leaders who want to serve those in pain during the holiday season. Register to watch live, on-demand or listen in.

Michael Adam Beck is Director of Re-Missioning for Fresh Expressions US, Cultivator of Fresh Expressions for the Florida Conference of the UMC and Director of the Fresh Expressions House of Studies at United Theological Seminary. Michael and Jill serve as co-pastors Wildwood UMC and St Marks UMC; where they direct addiction recovery programs, a jail ministry, a food pantry, an interracial unity movement, and a network of thirteen fresh expressions that gather in tattoo parlors, dog parks, salons, burrito joints, and digital spaces. He is the author of several books including, Painting with Ashes.
Jill Beck has pioneered multiple fresh expressions. Additionally she has planted and directed several Celebrate Recovery programs. Jill and Michael have a blended family of eight children, five grandchildren, and two pugs.

Jorge and Cheryl Acevedo have been married for 40 years. They have 2 sons and several grandchildren Jorge is in his 26th year as Lead Pastor @ Grace Church www.egracechurch.com, a multi-site, United Methodist congregation in Southwest Florida with three campuses (Cape Coral, Fort Myers Shores, Fort Myers Central).

Cheryl is a Learning Strategist working with students with special needs in the Lee County School system. Jorge and Cheryl love to travel and spending time with their children and grandchildren. 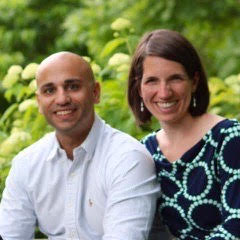 Callie Picardo after college moved back to her hometown of Lexington, KY and began working in the field of charitable giving. She served six years as Kentucky’s Director of Giver Services for National Christian Foundation. In 2015, she began working at United Theological Seminary, and now serves as Vice President for Development. In 2011, she founded Deep Roots Financial Coaching, a business that helps individuals, families and churches align their finances with God’s word. Callie and Rosario Picardo were married in 2010. Together they live in Dayton, OH with their three young daughters Lily, Gabriella, and Hannah.

Roz grew up in western New York as a first-generation Sicilian-American. In 2003, he earned his BA in Religion from Houghton College and in 2007 a Master of Divinity from Asbury Theological Seminary. He graduated with a Doctor of Ministry from United Theological Seminary in 2014 and an MBA in 2021 from Dakota Wesleyan University. During his senior year of college, Roz entered the ministry as a military chaplain, serving 9 years in the Navy and Marine reserves. He has served the church in numerous ways and positions; as executive pastor of church planting at Ginghamsburg Church where they had 3 campuses with 4000+ worshippers. Roz is also one of the founding pastors at Mosaic, a new multicultural church in Dayton, Ohio (www.wearemosaic.org). In addition Roz is the author of 7 books. More recently, Roz works bi-vocational at United Theological Seminary as a faculty consultant in United's Doctor of Ministry program and an affiliate faculty member.

This FREE Webinar Begins In